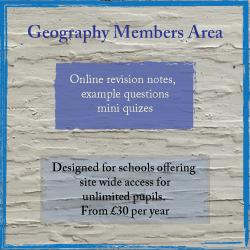 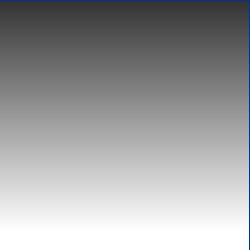 Khrushchev and the Warsaw Pact

Who was Nikita Sergeyevich Khrushchev?

During WW2: Was a tank commander, helped push Nazis out of Czechoslovakia

Politics: Joined the Communist Party in 1929, helped remove Khrushchev in 1964

Problems: The Economy. Output growth was low despite successive 5 Year Plans. Tried focusing on 'white goods' like refrigerators, to combat rising disatisfaction
Oil prices were soaring; it cost over double in the 1970s compared to 1960s.

Military: Interfered in Afghanistan in 1978, where the USSR got involved in a very long - and ultimately humiliating - war.

Foreign Policy: Oversaw Detente, though this was more through neccessity than desire.
Oversaw the Brezhnev Doctrine, see below.

* Claimed the USSR had the right to intervene in any country that deviated from the Communist way.
*Proclaimed after Czechoslovakia 1968, as a justifincation
*Also used in Afghanistan 1978 and Poland 1980

Except all was not well. Nagy realised his support came from the people. The people relied on reform. Reform was key and so Nagy began implementing exactly what the USSR did not want: Reform. Freer elections were mentioned, increased democracy was talked of, censorship began to be eased and criticism of the government came to light

The army swears loyalty to Nagy and praise for his reforms began pouring in. Here was a visionary surely! Nagy had such a support base that he even declared Hungary neutral in the Cold War struggle. Amazingly, the USSR - keen to be seen as not heavy handed, remained quiet.

But then Nagy went one step too far. he decided Hungary would leave the Warsaw Pact. This was too much even for Khrushchev. If Hungary left, then what would stop others from leaving? an example would have to be made of Hungary.

Within days the Red Army was seen rolling toward Hungary, tanks and forces. Flooded with troops, all resistance was crushed as 200 000 fled into neighbouring Austria. Despite his brave rhetoric, Nagy is killed and in two weeks Hungarian opposition was brutally supressed in Operation Whirlwind.

The USSR punish Hungary by putting Jonas Kadar into power. He continues supressing 'anti-communists' for years and realigns Hungary with the Warsaq Pact.

Despite the Hungarian Freedom Fighter being Time Magazines 'Man of the Year' in 1956, Hungary was put down.

In 1945, the USSR had been Czechoslovakia's hero, liberating them from Nazi oppression. The Red Army was met with euphoria as the locals joined hands with their Russian liberators, and flushed the Nazis out of their country. By 1968, the liberators had become the oppressors. High prices, no economic freedom and heavy censorship had led to great satisfaction. The USSR had outstayed her welcome.

In 1967, Breznev had replaced Khushchev. The Czechoslovakian leader - Novotny - had followed Khrushchev's destalinisation policy but many were unhappy. Remember, Czehoslovakia had been one of the most industrialized eastern European countries before WW2. Soon, the Czech people began to demand more. When a bad harvest forced prices rocketing, Novotny lost support

Demonstrations began. Novotny, worried, appealed for help from the USSR. Breznev ignored him and allowed a new government to form under Alexander Dubček. Spurred on by the people, he launched the 'Action Programme' which proposed sweeping reforms in society and economy.

The 'Action Programme' proposed an introduction of market workings in the country, as well as liberalization of the press. Discontented press members jumped at the opportunity and began furiously pumping out anti-government rhetoric that had been contained for years. Poets, authors, illustrators all joined in... this became known as the Prague Spring.

The USSR began to get uneasy. Breznev remembered Hungary's attempt at freedom. Dubček was summoned to Moscow in an attempt to slow him down. He was quizzed about rumours of a new Czechoslovakian constitution, and Red Army tanks rolled to the border to show how serious the USSR was. Other East European leaders began squirming at the idea of widespread reform. Breznev decided to talk face to face with Dubček to sort it out.

At a meeting in July 1968 the two men sat down and came to an agreement on the length and depth of the reforms. Part of the idea of the talks was just to take Dubček out of Czechoslovakia and so slow the whole process down. Whilst Dubček felt progress was being made, the USSR was scheming behind his back

Unknown to him, Breznev had summoned the might of the Warsaw Pact member's armies, and the dark storm of war began to gather beyond Czechoslovakia's shores. The USSR then took the world by surprise, when on 21 August 1968, they launched a major miitary offensive against 'capitalist conspirators' in Czechoslovakia. Thousands of tanks moved accross the border and fighting erupted in the streets of Prague.

Unprepared, and ill-equipped the Czechs were soon crushed. Dubček ordered passive resistance, but was forced to sign a humiliating treaty, before being demoted to a manual labour job in the forestry department. His reforms were undone and the his people's suffering would go un-czeched (!)

Poland and the USSR had always had an uneasy relationship, dating back to the Nazi-Soviet Pact, and before. As one of the first countries to be encorporated into the USSR, it was also one of the first to strongly rebel.

Strange then, that an electrician - Lech Walesea - should be the figurehead of the uprising. In 1979 Poland faced severe shortages and spiralling food prices. Workers began to protest, starting at a shipyard in Gdansk. The workers formed together and formed a union, calling it Solidarity.

Joining with Catholic and anti-Communist forces, Solidarity soon gained enormous popularity - it had a third of all workers in Poland by 1981! With this came great power; the power to strike. Strikes occurred throughout Poland, and Solidarity became a symbol of resistance in the West. People wore Solidarity badges and Walesea became a cult hero.

The Union was forcing the government into increasing reforms. Moscow looked on unapprovingly and then moved to crush the movement. The USSR appointed Jaruzelski who immediately declared martial law and began a full-scale crack down in 1981. Censorship increased, strikers were fired upon and by 1982 it was banned.

From 1982 - 88 Solidarity moved underground, not daring to be open, and with Walesea imprisoned. It remained very popular though. It was with the arrival of Gorbachev's policies of perestroika and glasnost that Solidarity became live once more.

Once again, terrible food prices - inflation was rising at over 30% in 1988 - caused strikes in Gdansk again. This time the government decided to negotiate, and Walesea (freed from prison) represented the Polish people. He managed to secure the legalization of Solidarity and gain an elections promise. Without pressure from Moscow, the Communists were powerless to say no.

Latvia: May 1990
Latvia leave USSR. Soviets refuse to accept this

Moldova, Azerbaijan, Kyrgystan
Aug '91
Resulted in 'Black January' where the USSR tried to surpress Azerbaijan through force. Kyrgystan govt resigns after a coup

Uzbekistan, Tajikistan, Armenia
Turkmenistan Sept/Oct 91
These countries jump on the bandwagon before it's too late!

Russia: June 12, 1991
The failed coup against Gorbachev totally undermind him and elections were held. A Boris Yeltsin one, and immediately took Russia out of the USSR. The centre folded.

With Russia gone, the rest went too