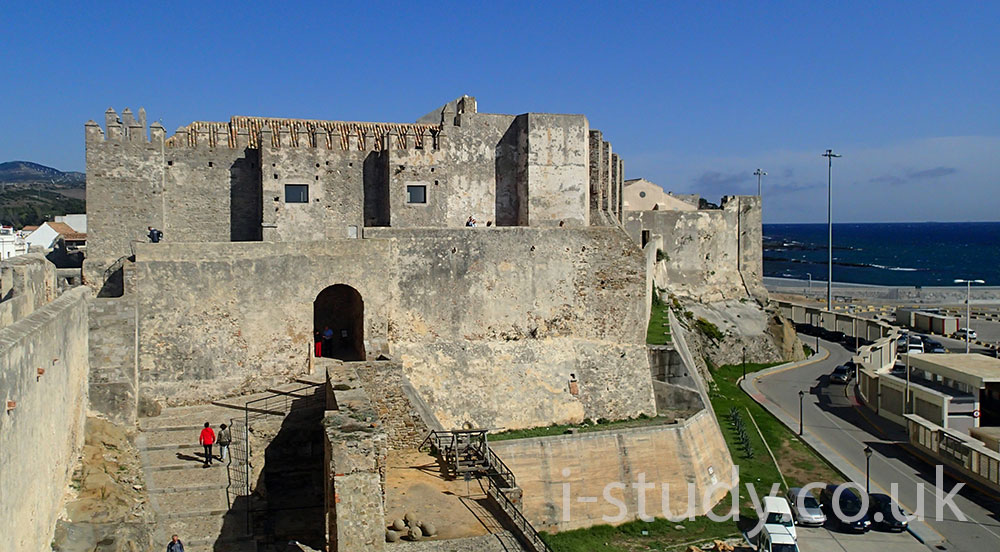 Traditionally there were three typical patterns that identified settlements: 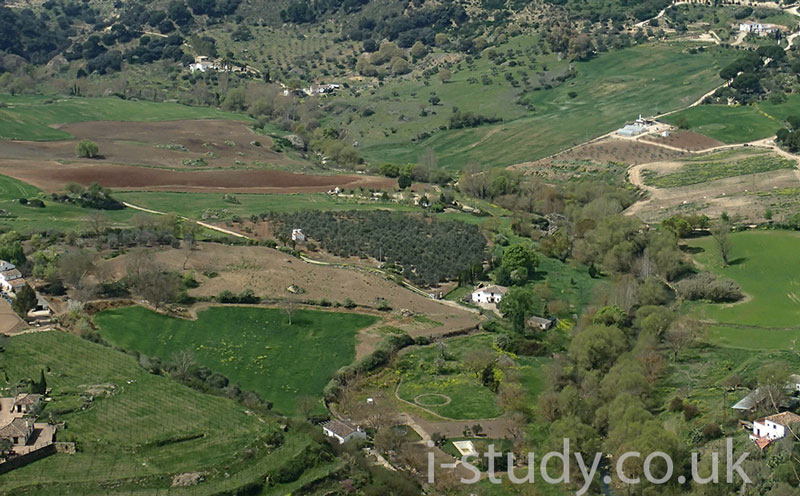 Hierachies and Spheres of Influence

The higher up the hierachy the greater range of services and products are offered by settlements. Services such as international airports, universities and embassies are often not found in smaller settlements.

The larger settlements have a larger sphere of influence due the high-order goods and service found there.

Threshold population: the minimum number of people necessary before a particular good or service can be provided in an area 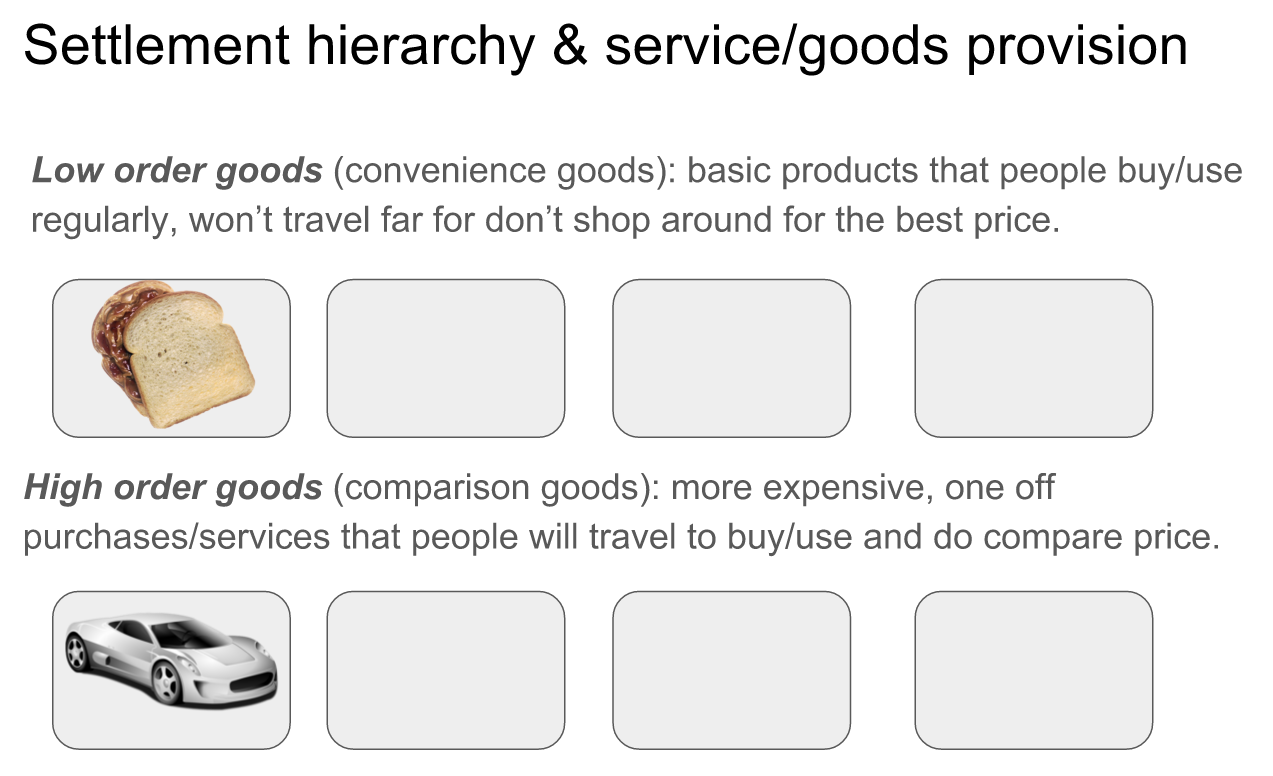 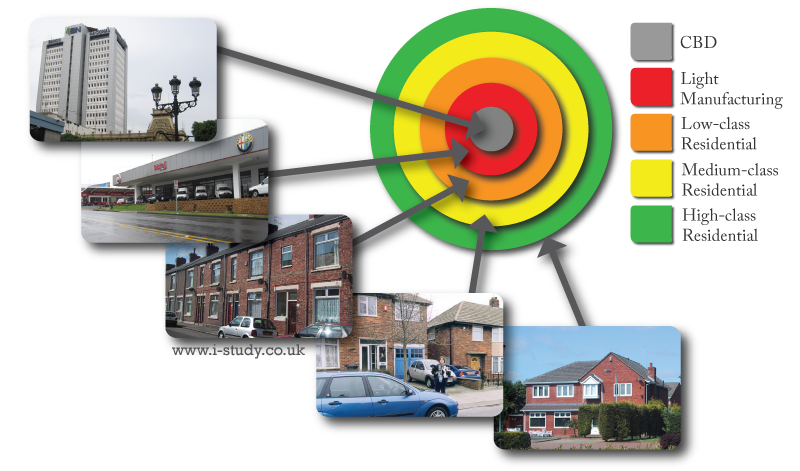 This is the central part (and often oldest) of the settlement. It has the highest land values and consequently the tallest buildings. Transport routes lead into the center.

The CBD also has the highest pedestrian traffic - workers and traditionally shoppers.

You would expect to find department stores, specialist shops, banks, offices in the CBD.

Many CBD areas are now pedestrianised in the shopping areas (no cars allowed).

Travelling outwards from the CBD

As you travel out from the CBD you generally pass through: 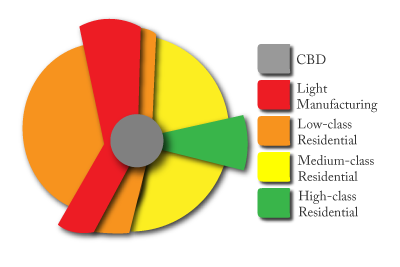 High rents, lack of space, lack of parking, traffic congestion linked with the reduced need to be physically close to many services due to the internet have led many shops and offices to locate around the edge of urban areas.

This coupled with counter-urbanisation has resulted in significant growth in the outer suburbs and rural urban fringe.

Air pollution from industry and traffic is a major issue in many urban areas.

Developing countries have less vehicles/capita, but they are often older and more polluting. Rapid increases in car ownership have resulted in major traffic congestion and high levels of air pollution.

Rapid inward migration has led to housing shortages and the emergence of favelas (slums). These are areas of illegally built poor quality housing with little of no infrastructure.

Lack of sanitation, public services such as health and education facilities, electricity and tapped water lead to many social problems.

Rocinha is one of the oldest and largest favelas and has experienced improving conditions over the last decade.

Use the link above to answer the following;

The rapid inward migration to Rio has resulted in many favelas (slums). A lack of available housing and the relative poverty of the migrants arriving have meant that authorities have to try different methods to deal with the problem: