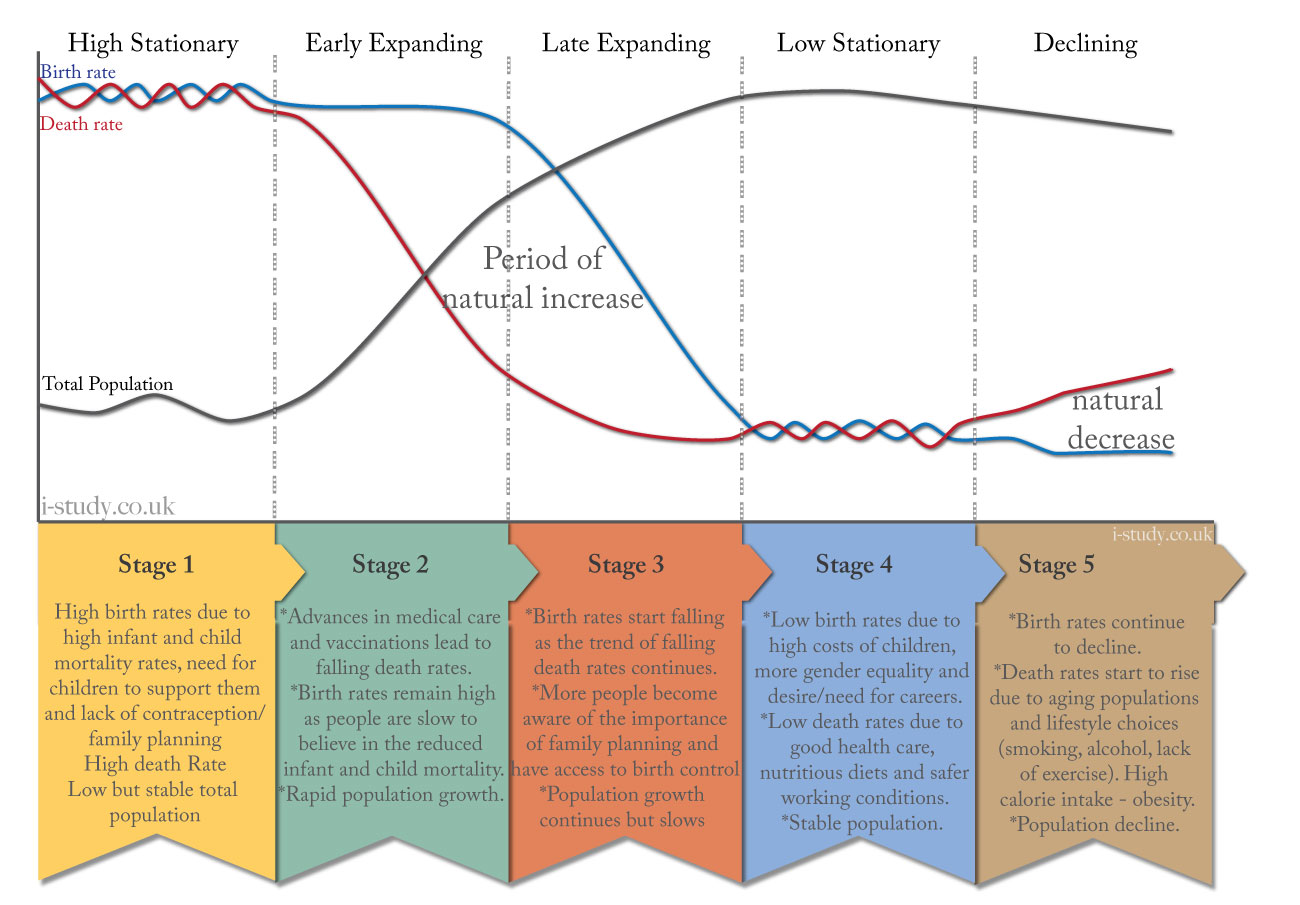 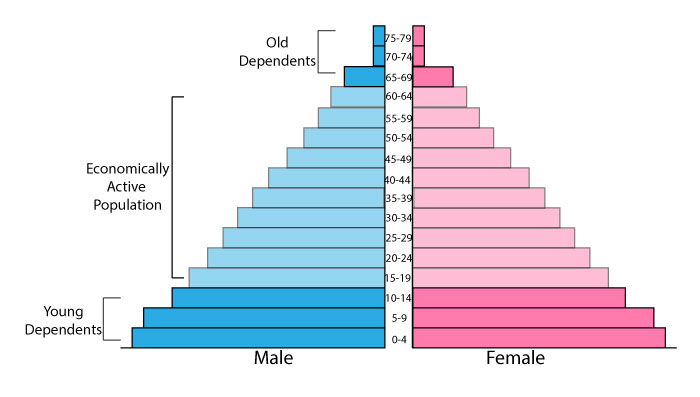 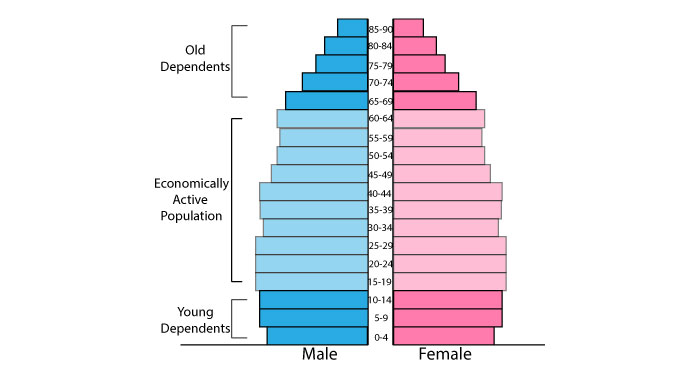 Population Pyramids are a way of displaying the demographic make up of a country in a simple graph.
They show the number of males and females in each age group.

Population pyramids are important because they allow governments to predict future population patterns and plan for the changes.
They also give a good indication of the level of development in a country.