1. Introduction to the Atmosphere

The earths atmosphere is an open system, receiving energy from both the sun and the earth. Energy is also lost out out to space. Sensible heat transfer is heat energy transferred between the surface and air when there is a difference in temperature between them. Latent heat transfer is the energy used to cause a transformation from water to water vapour (evaporation).

The Structure of the Atmosphere

The greenhouse effect is a natural process that warms the planet.

The greenhouse effect is essential to sustain life on earth.

This is the process of human activity significantly increasing the greenhouse gasses in the atmosphere, leading to increasing global temperatures 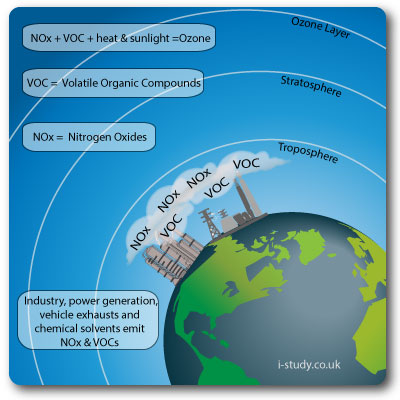